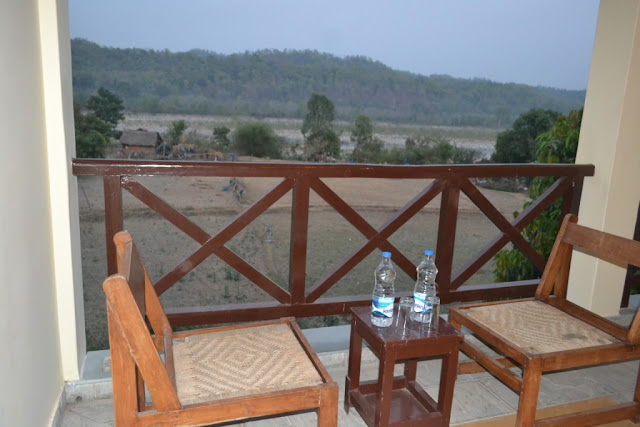 After outrage from wildlifers and corbett visitors, who like to stay in forest rest houses and visit all the safari zones in Corbett National Park. Tiger Reserve administration has now allowed night stay in all SIX ZONES. The online bookings for five zones opened on 21st November 2018 evening for the coming season till june 2019. Now, tourists can also stay in Bijrani Forest Rest House, Jhirna Forest Lodge, Dhela Forest Rest House, Durga Devi Forest Rest House and Sultan Forest Lodge other than Gairal, Sarapduli and Khinanauli Forest Rest House of the corbett national park. Dhikala zone, which has also reported the most tiger sightings in Corbett National Park, has the highest number of rooms. Uttarakhand's Nainital High Court had on September 4-2018 prohibited entry of commercial vehicles in Dhikala Zone of Corbett Tiger Reserve administration had thereafter stopped night stay in all zones of the park. The Nainital High Court order got stayed on October 22, 2018 by honorable Supreme Court of India Thousands of people from Corbett City-Ramnagar are associated with the wildlife tourism industry for their livelihood such as Gypsy drivers, tourist guides, wildlife guides, owners of the resorts, hotels and restaurant in and around Corbett National Park had threatened a protest anticipating a dip in tourist numbers due to the ban on night stay inside corbett national Park.

x
Posted by Jim Corbett National Park at 2:32 AM 7 comments: 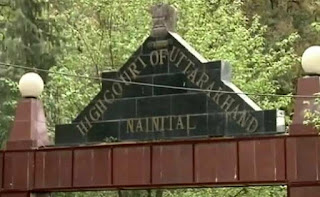 The Uttarakhand High Court has ordered Chief Secretary of the Uttarakhand state to remove encroachment on the banks of river, assholes and lakes with in three months. The court has also asked all the district officials of the Uttarakhand to follow this order and stop the parking of any type of vehicles along the river so that the river is not polluted.

www.jimcorbettnationalpark.com
Posted by Jim Corbett National Park at 7:05 AM No comments: 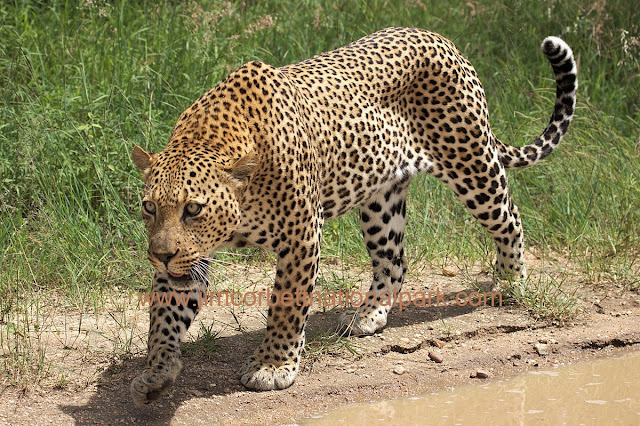 x
Posted by Jim Corbett National Park at 6:55 AM 1 comment:

CPI (Male) organized a meeting in which the decision to run a signature campaign to change the land status of Bindukhatta to revenue village and removal of elephant corridor was taken. As well as announcement to perform in Lalkuan on December 26, a memorandum will be sent to CM and PM. This information was given by Uttarakhand State Secretary of CPI Male. 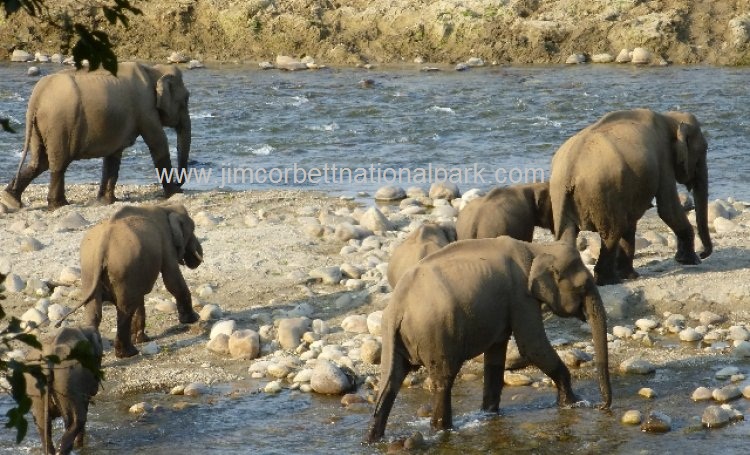 The Elephant corridor in Rajaji-Corbett Elephant Reserve in the Shivaliks of Uttaranchal state. Efforts were made to detect changes in the state of forest covervis- à -vis the status of elephant corridors during the three periods i.e. 1967. 1986 and 1998 using remote sensing and GIS. The ERDAS Imagine digital image processing andArcView GIS software packages were used for this purpose. Temporal satellite imagery and ground observations in the Rajaji-Corbett Elephant Reserve revealed forest loss, degradation and disturbances in the elephant corridor areas, hindering elephant movement and restricting them to forests islands. Motichur-Chilla corridor, despite being a highly favoured habitat for the elephants in corbett national park and rajaji national park region was found to be highly threatened followed by Kotdwar
and Ramnagar corridors. Construction of wide bridges across Kunao-Chilla Canal, recreation of corridors through reforestation, reduction of all kinds of pressures in the elephant corridor areas and providing higher protection to elephant corridors are recommended.

The NTCA team reached Corbett Park on their 03 day tour, late Wednesday night to check the probability & possibility of night stay inside Corbett National Park tourist zones and core zones and also fixing the number of gypsies to enter inside corbett park for the Jeep safari as per directive of the High Court of Uttrakhand, Nainital. The night stay arrangement is to be opened on November 15. The NTCA team will submit a report to the high court by making a report of the number of jeeps going to night stay.

Posted by Jim Corbett National Park at 7:28 PM No comments:

In Corbett National Park many of nature guides parked & unite under the banner of the Nature Guides Committee reached the Dhela Gate of Corbett National Park. They accused the Park administration of ignoring the demands of the members and started the and one-day work exemption by placing a black band in his hands. They demanded the implementation of the rotation system, so all of them could get jobs from the corbett park. On the other hand, tourists traveling in 30 jeeps in the morning and evening shift went on tour to corbett national park without Nature Guides. On the other hand, Park Director assured the completion of the demand for Nature Guides to be completed soon.

Posted by Jim Corbett National Park at 6:53 PM No comments:

An elephant in anger attacked on the tourist gypsy near Marchula (Mohaan) in Corbett National Park. The elephant was so angry that he charged again towards Gypsy. The incident happened when gypsy driver was changing the punctured tires on the roadside along the Jim Corbett National Park boundary. Suddenly and an elephant arrives from the forest making howl call.The tourists were sitting in the gypsy doing the photography of the forest. The tourist jumping from Gypsy and ran to the other side to save his life. The elephant then reached out to Gypsy and tempered it. Only after the elephant went away in jungle , the tourists breathed a sigh of relief, and the traffic and the guests moved away 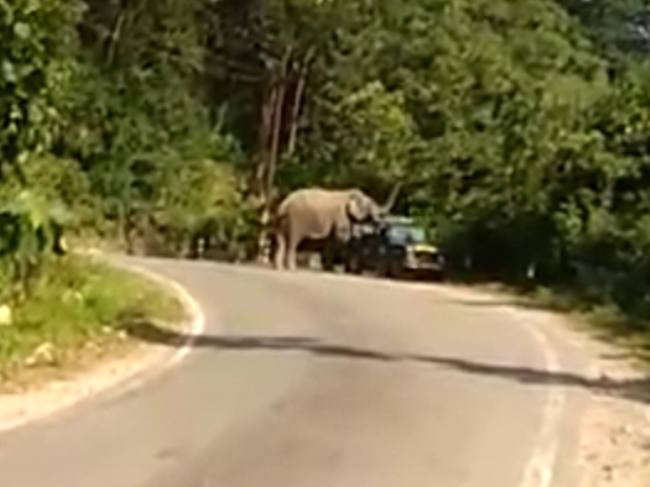