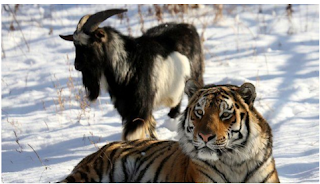 Almost a month ago, at a safari park in the far east of Russia, a goat was released into a tiger's enclosure as a live prey, but to surprise to the park authorities and the visitors to the park,     tigers has not attacked or made any attempt to kill the goat and now they share the same shelter together and seems to have developed a sort of friendship. If this type of behavior can be seen in the animal kingdom, then why not among humans or between the countries.

Email ThisBlogThis!Share to TwitterShare to FacebookShare to Pinterest
Location: India 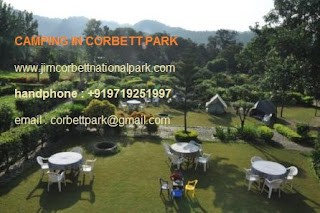 We are soon coming out with CHEAP Safaris and Camping Packages in Corbett National Park .

or write on corbettpark@gmail.com
Posted by Jim Corbett National Park at 12:34 AM

Posted by Jim Corbett National Park at 12:02 AM 4 comments: